Burst Pipes: Most Common Causes and How to Fix Them!

Burst Pipes: Most Common Causes and How to Fix Them!

A burst pipe is one of the most dramatic plumbing problems homeowners have to deal with. A pipe suddenly explodes, water spurts everywhere, and all your appliances, furniture, and foundations are at risk! 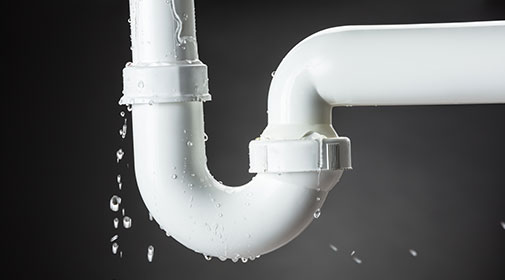 If you’re dealing with this situation right now, the first thing to do is turn off the water and the second thing to do is call a plumber in Melbourne for burst pipe repairs.

However, you might have a burst pipe without even knowing it (at first). They can simmer away behind walls, within roofs, or underground, but make no mistake, the damage they cause can still be devastating.

In this article, we’re going to outline the most common burst pipe causes, the different types of burst pipes, how to find a hidden burst pipe, and what you should do next!

In Australia, most pipes are made either from copper or PVC. Both of these materials are quality options for dealing with high-pressure, water-filled environments. However, even the best pipes can burst under the wrong conditions.

Here are some of the most common types of burst pipes:

As well as this, you could be dealing with burst water pipes or burst sewer pipes. While both kinds of burst pipes can be devastating, burst sewer pipes come with additional health hazards as they could expose you to sewerage water.

Why do pipes burst anyway? People often cite freezing as a common cause of burst pipes, but in Australia’s relatively warm winters, this isn’t really a problem.

At MCN Plumbing, we are a team of plumbers serving Heidelberg, Reservoir, Chirnside Park, and everywhere in between. In all our years, here are some of the most common causes of burst pipes that we have seen:

How to Identify a Hidden Burst Pipe!

If you have an obvious burst pipe, you won’t have to look hard to find it! However, many burst pipes start as small leaks or they start bursting behind a wall or under the floor.

Finding these hidden leaks and bursts quickly will prevent expensive and destructive outcomes, so it’s important to keep your eyes peeled. Here are a few things to look for:

How Long Does It Take to Repair a Burst Pipe?

Depending on the nature of your burst pipe, it could be fixed in a matter of minutes. Unfortunately, complications could see the repair time blow out to several hours.

Factors that could slow down burst pipe repair time include the size and location of your pipes, the severity of the damage, and whether the damage is localised or widespread.

If you have older pipes or connections, your plumber might need one visit to resolve these problems and another visit to replace older parts. Similarly, if your plumber needs to source a specific material to match your pipes, this can result in multiple visits.

Rest assured that your plumber will always solve the immediate problem as quickly as possible.

When it Comes to Burst Pipes, Prevention Is Better Than a Cure!

Sometimes a burst pipe is completely out of your control, but in general, there are steps you can take to minimise the chance of your pipe bursting.

Here are some preventative steps you can take to keep burst pipes at bay.

Call your local plumber in Blackburn, Vermont, or across Melbourne and ask about preventative plumbing services!

How Much Does It Cost to Repair a Burst Pipe?

The cost to repair a burst pipe can range from hundreds to thousands of dollars. The price will vary based on a number of factors, but the location of the burst pipe is the main one. If your burst pipe is difficult to access, more time and labour will be required, which will increase your overall costs.

The Excess Damage and Extra Costs Associated with Burst Pipes

Fixing the burst pipe itself is just the start of your financial worries. Other costs that can come alongside burst pipes include:

10 Steps to Take When You Discover a Burst Pipe

It’s essential to act fast from the moment you discover a burst pipe. Here are 10 steps you should take.

With $0 callout fees, fast response times, and 24-hour emergency services, MCN Plumbing is here to help you. We work across Melbourne’s suburbs, from Epping to Rowville, Campbellfield to Lilydale and everywhere in between.

If you’re dealing with a burst pipe or you want to invest in preventative plumbing services, contact our team today. 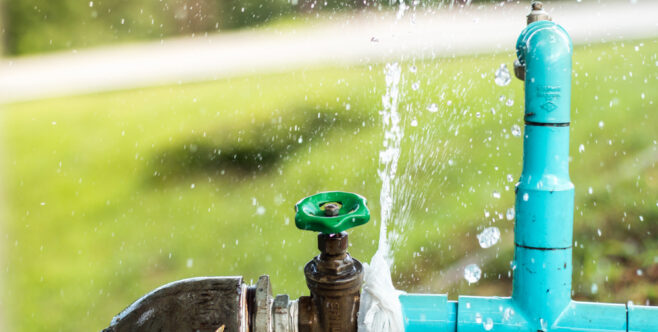 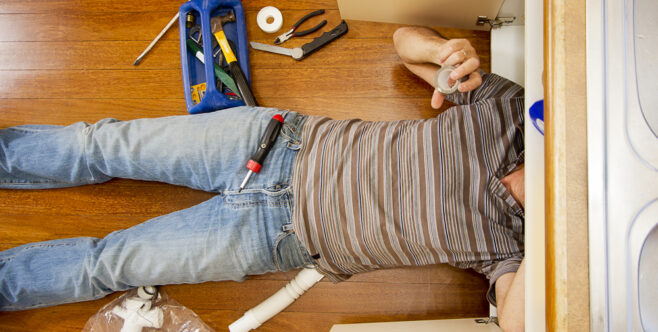 From time to time, you may come across a minor plumbin...

Foxcozo R
06:48 05 May 22
We had an urgent leak with our hot water system, Mick came to advise ( it required a total replacement) and told us he could have his boys over within a couple of hours to complete the installation and remove and take the old system. The boys were friendly, helpful and very professional and by the end of the afternoon the job was completed and we had our hot water again. Would highly recommend, thank you.

joanne schembri
23:34 02 Mar 22
Joe provided prompt service knowledgeable he was polite and professional would recommend to anyone. The only plumber you'll ever need.

Tony Hall
06:39 14 Feb 22
Hi there service was excellent. My requirement was to replace frozen up H and C tap set in bathroom. After initial phone contact, plumber arrived on time Michael ( manager ), checked job and also checked other plumbing and advised on other issues. Agreed on replacing tap set in bathroom and installing a pressure regulator on main line in. Worked out price on site, agreed, go ahead. As i am a retired, former Air Conditioning technician, i am aware of some of the industry pitfalls, expecting next week or in a fortnight we can attend. NO !!! We can carry out the works today ( same day ) mid afternoon. I don't believe it !!! Another plumber Joe/Joey and an apprentice turned up as promised, carried out all works in record time; very efficient, very professional, cleaned up all mess, all faulty equipment and packaging. To sum it up, very efficient, very professional, friendly and help full with advice and service. Would definitely recommend their services and contact again in future.Tony and Christine Hall Epping

Elizabeth
08:35 27 Jan 22
All our experiences with MCN Plumbing have been positive! I couldn’t recommend them enough on their knowledge, experience and professionalism.

Mo Mohsen
06:08 22 Sep 21
I've had such a great & professional service from the team Chris / Nic / Tony / Daniel. the guys was very straight forward with their advise and they did help me with finance and fixing the root cause of the issue I had. I honestly felt that I'm very well looked after. everything was 100% perfect timing, skills, communication, quality. and on top of all, very friendly team thank you guys very much.

tony chiodo
05:21 22 Sep 21
Great bunch of blokes, they were so polite, friendly and the job was done very efficiently and they cleaned up like they were never even there, great service👍🏻

Michelle Deeb
00:26 21 Sep 21
The service from MCN Plumbing is astounding. Friendly, efficient and honest. Cannot recommend Joey enough. He was helpful with all our questions and got the job done to perfection. They’ve gained lifetime clients here! ✨

Carla Chidiac
22:27 20 Sep 21
Thanks to Joey and the boys at MCN Plumbing, the bathroom renovations at my place were made so easy! Highly recommended

Belinda Alveyn
12:01 05 Mar 21
Friendly small businessChris is genuine and willing to help you out so it's a stress free experience. He put down the price so I could get the job done!Tony and Charlie are top blokes and work hard to get the job done asap! Extremely polite and friendly.Would highly recommend to contact these guys!!

Khaled Ayache
05:13 05 Mar 21
I have used MCN plumbing on a few occasions and their service was fantastic every time. Always on time, always cleaned up after finishing the job, I can’t ask for any better.

Praphulla Ray
02:27 27 Jan 21
I am very happy with mcn and Chris.for my job rainwater tank instaltion on my houuse. Chris coordinated the job very smoothly, on time. Clean, satisfied.I am happy to recommend chris and mcn to my friends.

Caroline and Daniel Kelly
02:17 06 Oct 20
We had an urgent plumbing requirement and Mick and his team arrived within the hour. After clearing the blockage Mick and his team arrived the following day promptly at the time they said they would to repair the issues. It was done as quoted and the boys are extremely professional and friendly. Highly recommend MCN Plumbing !!! Thanks guys

Brenda Schroeders
03:09 23 Sep 20
Very professional punctual with a can do attitude..Very happy with their quick reply and doing my job asap..Will fully recommend Charlie and Michael if anyone is in need of a plumber.Great job😁

Daniel Di Pietro
23:06 11 Sep 20
Thanks to Joey from MCN Plumbing, he was professional on time and fixed the issue very promptly.

Craig Mathieson
03:46 26 Aug 20
I can highly recommend Chris and the team at MCN. When our toilets started backing up they made their first visit next morning, figured out the problem was with the sewage trap and then through camera footage and diagrams explained in clear terms what the problem was and how they would fix it. The next day they started work, complete with an excavator, and were done within little more than a day. The price quoting was clear, the work was professional, and they always kept us appraised of what was happening and any deviations. They were first-rate.

XS Hair Extensions
02:12 04 Jun 20
I had some water leaks and a blocked drain, MCN Plumbing were absolutely honest and reliable. After having constant plumbers come and repair the same issues over and over again which has costs me alot of money, the guys from MCN really fixed the issue for a reasonable price. Highly recommend. Thanks guys

craig smith
21:31 23 May 19
Had these guys out for 2 jobs and they were fantastic ,friendly came out quickly great guys recommend these guys
See all reviewsWrite a review